Coming into 2018, Qualcomm is facing what we expect to be a busy and certainly competitive year for the company in the smartphone platform space. Iterating on the well-received Snapdragon 835 – and without the benefit of a new manufacturing node – is no easy task. All the while Apple has once again thrown down the gauntlet with their A11 SoC if one wants to argue about top tech, and even in the Android space Qualcomm isn’t the only high-end SoC vendor, as we await to see what Samsung’s Exynos 9810 and its new Exynos M3 CPU cores can achieve.

Still, it’s a challenge that Qualcomm should be prepared for, if not a bit unevenly. With a focus on architecture the company has been hard at work for the Snapdragon 845, and as a result while it’s very much a Qualcomm SoC, it’s also not just a rehash of Snapdragon 835. Both the CPU and GPU are seeing substantial overhauls, not to mention smaller upgrades across the board for everything from the modem to the audio codec. And while Qualcomm rightfully argues that there’s more to a platform than just raw compute performance – that all of these pieces contribute to the overall user experience – they remain vital to device performance and battery life. Which is to say that Qualcomm is innovating where they need to in order to continue improving the heart of many flagship 2018 Android smartphones. 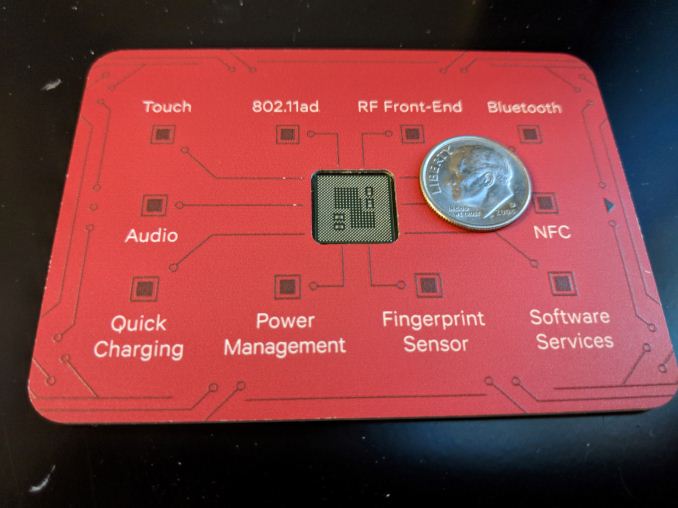 Overall the Snapdragon 845’s system performance is a mixed bag. We had higher expectations from the new CPU changes, but it seems we’ve only gotten incremental improvements. Web workloads seem to be the Snapdragon 845’s forte as that’s where we see the largest improvements. ARM is working on a long awaited overhaul as the Austin team is busy with a brand new microarchitecture which should bring larger generational improvements, but alas only with the next generation of SoCs in 2019.  For many flagship Android phones, 2018 should remain another conservative year and we should not have too high expectations.

But with that said, whatever Qualcomm doesn’t quite bring to the table with their CPU, they more than make up on the GPU side of matters. Qualcomm’s new Adreno 630 GPU easily impresses and widens the gap to the nearest competition. Compared to the Exynos 8895 and Kirin 970 I expect the Snapdragon 845 to have a 3.5-5x PPA advantage when it comes to the GPU. The competition should be worried as it’s no longer feasible to compensate the power efficiency disadvantage with larger GPU configurations and there is need for more radical change to keep up with Qualcomm. 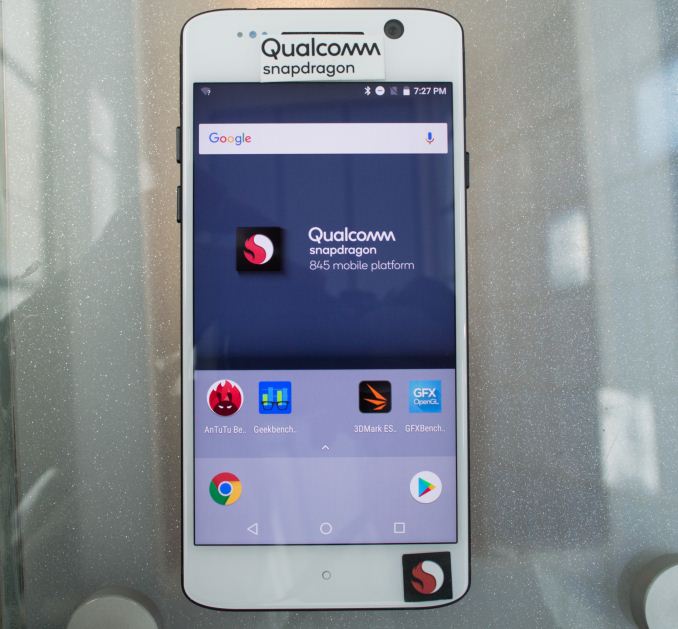 And while we weren’t able to test for system power efficiency improvements for this preview, we weren’t left empty-handed and were able to quickly do a CPU power virus on the QRD845. The results there have turned out promising, with 1W per-core and slightly under 4W for four-core power usage, which are very much in line with the Snapdragon 835. The new system cache and GPU improvements should also noticeably improve SoC – and in turn device – efficiency, so I’m expecting that 2018’s Snapdragon 845 powered devices to showcase excellent battery life.

What remains to be seen then is how this translates into shipping products. Previous Qualcomm device previews have turned out to be rather accurate, but handset manufacturers have countless ways to customize their phones, both for good and for bad. What we can say for now is that it looks like Qualcomm has once again delivered its handset partners a solid SoC from which to build their flagship phones. So we’re eager to see what retail phones can deliver, and ultimately how the Snapdragon 845 fits into the overall market for 2018 Android flagship smartphones.