Home theater components have seen rapid technological advancements over the last decade. It is almost given that most components will become outdated 4-5 years down the line. Under these circumstances, it is important to identify local troughs where things don't change much except at the leading edge. The rise and stabilization of 3D video was the last such trough. Right now, 4K and HDR seem to have finally matured and become ready for mass adoption. From a HTPC viewpoint, HDMI 2.1 should not be a cause for concern and make consumers wait for the next big thing. This is a marked departure from the tone I had adopted when we last looked at options for HTPC displays back in 2015.

In the process of working on this article, I configured and set up a budget home theater build from the ground up (except for a few speakers from my earlier setup). The table below lists the components that I chose along with the pricing for each. Readers interested in building their own set up will not go wrong by picking and choosing from the list below.

Consumers looking for a compact and pure media playback HTPC (including OTT streaming, local media playback, and UHD Blu-ray playback) can opt for either the ASRock Beebox-S Kaby Lake series or the Intel NUC7i7 series. The key is the presence of a HDMI 2.0 / HDCP 2.2 port. If UHD Blu-ray playback is not essential, a machine equipped with a GP107 GPU (GTX 1050 / GTX 1050Ti / GT 1030) is a good choice, as it comes with a GPU capable of VP9 Profile 2 decoding in hardware. However, such a system is unlikely to be as compact as the UCFF machines. If gaming is as important as media playback, a hybrid setup with the Intel NUC7i7 series along with a eGFX enclosure connected to the Thunderbolt 3 port and incorporating a high-end Pascal or similar GPU can also fit the bill. While we have not evaluated such a HTPC setup, it does offer the best of all worlds on paper - gaming with Dolby Vision, UHD Blu-ray playback, and all the other bells and whistles. This is possibly a setup we would like to evaluate in a future article. 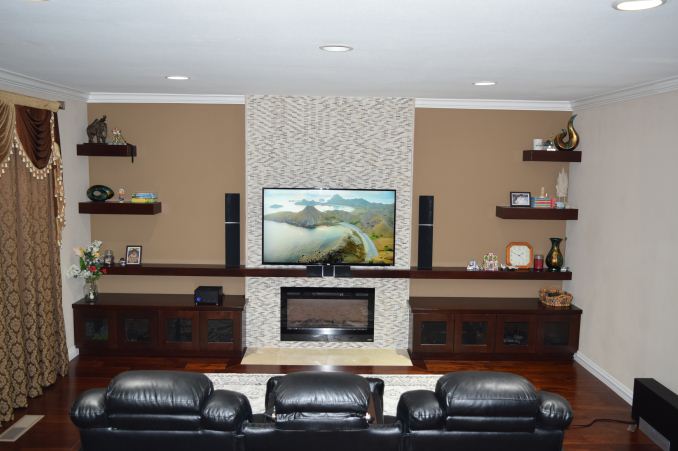 Moving forward, consumers should look forward to dynamic HDR metadata support. If the components in the display chain are already capable of Dolby Vision, it is likely that consumers are not going to see any major difference compared to components supporting the dynamic metadata feature of HDMI 2.1.

Dolby Vision on PCs presents a host of challenges. In general, dynamic metadata is problematic for general-purpose devices like Windows machines. On such systems, there may be many different video windows open, each with conflicting metadata. So all these different formats need to be merged into a single color/brightness domain. By comparison, most CE devices are in full-screen-video mode, and don't normally have to worry about multiple HDR formats appearing on screen concurrently. Addressing these challenges will require the OS and GPU vendors to work together to go beyond the current HDR10 deployment.

In terms of HTPC hardware, one of the interesting platforms about to debut in shipping systems is Gemini Lake. The low-cost platform supports SGX, HDMI 2.0, and HDCP 2.2. Gemini Lake platforms have a lower power budget and memory performance compared to the KBL-U systems covered in this piece. Intel confirmed that they do not plan to support HDR processing workflows in Gemini Lake due to those constraints. Consumers looking for Gemini Lake to provide a low-cost HTPC platform should prepare to temper their expectations.

Finally, a note on the HDMI cables used in my setup: I bought a number of them of various lengths (up to 10ft.) from both Amazon (Amazon Basics) and Monoprice. The Amazon Basics had a 33% failure rate (only 4 out of 6 were able to work with the GTX 1080 in a Razer Blade Pro driving a 4Kp60 signal at RGB 4:4:4 to the LG 43UD79B). Fortunately, I was able to test out prior to installing the cables inside the wall. On the other hand, the Monoprice Premium Certified cables had a 100% success rate. It is a no-brainer to go with the Monoprice ones.