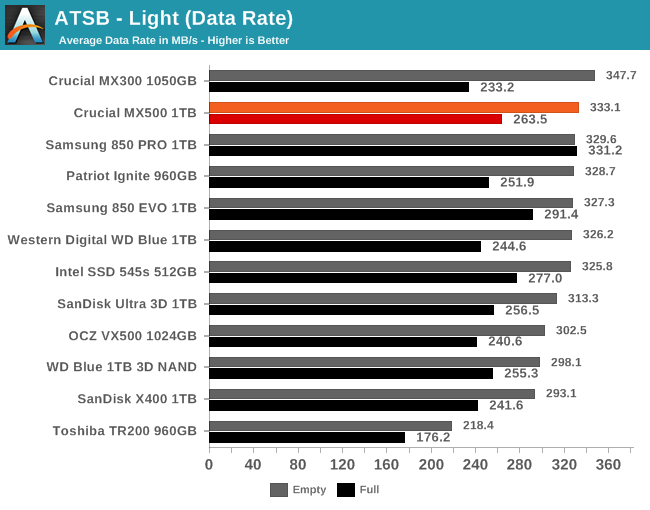 The Crucial MX300 performs very well on the Light test with an average data rate that the MX500 cannot quite match, but the MX500 doesn't lose as much performance when the test is run on a full drive. 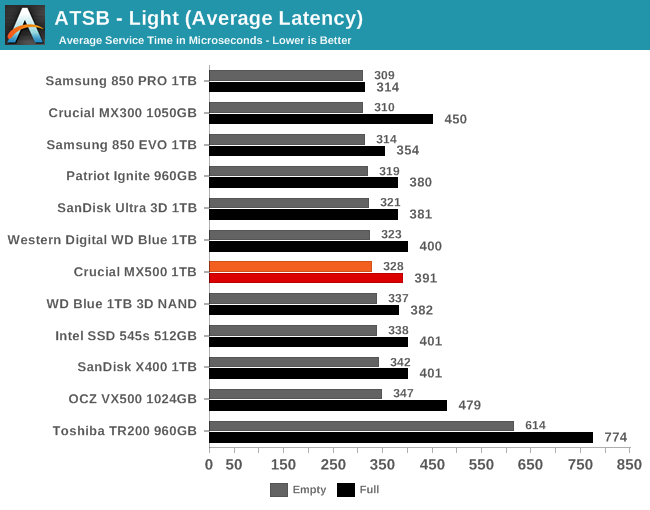 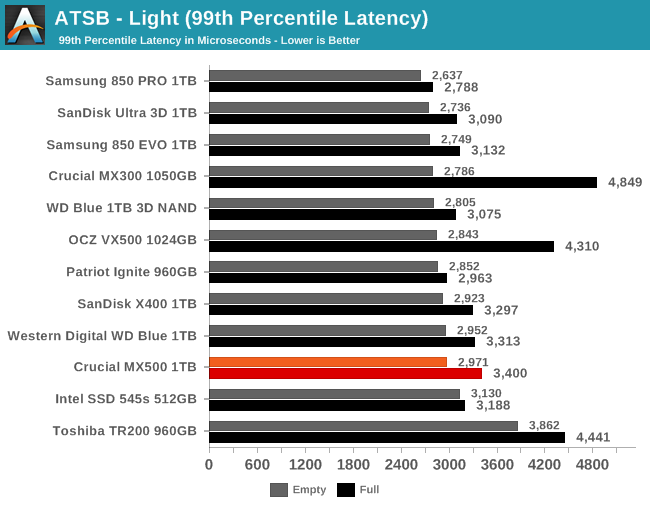 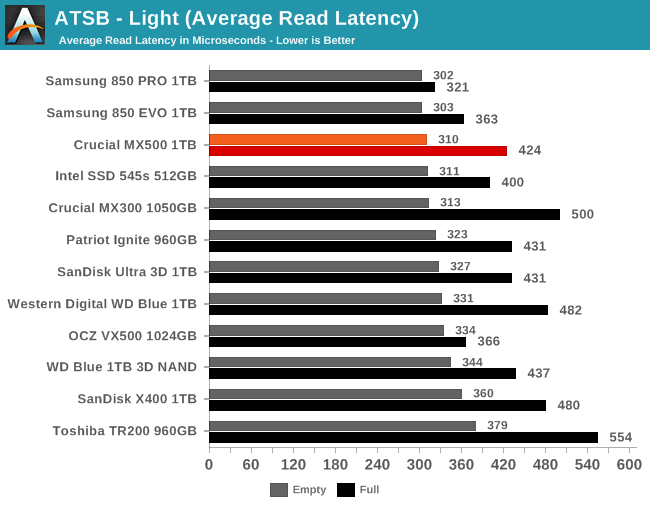 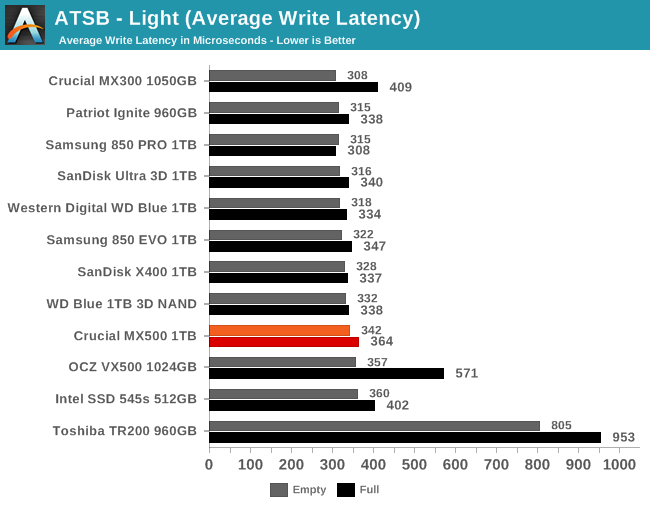 The average read latency of the Crucial MX500 on the Light test is close to the Samsung 850 PRO and EVO when the test is run on an empty drive, but is merely average when the drives are full. The average write latency is a bit below average in both cases, but the full-drive penalty is much reduced compared to the MX300. 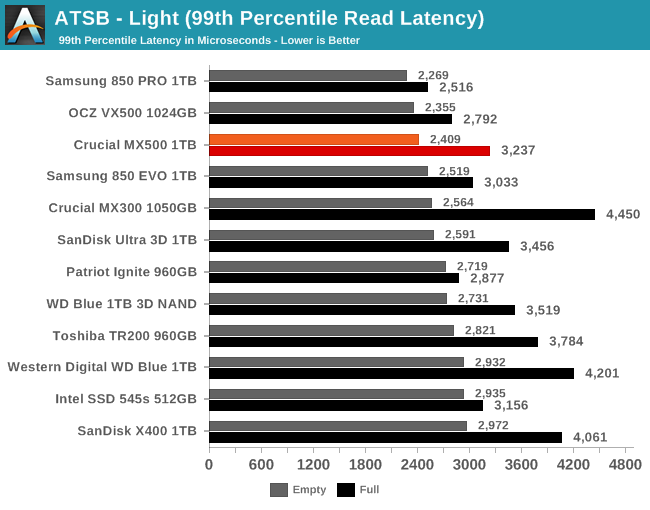 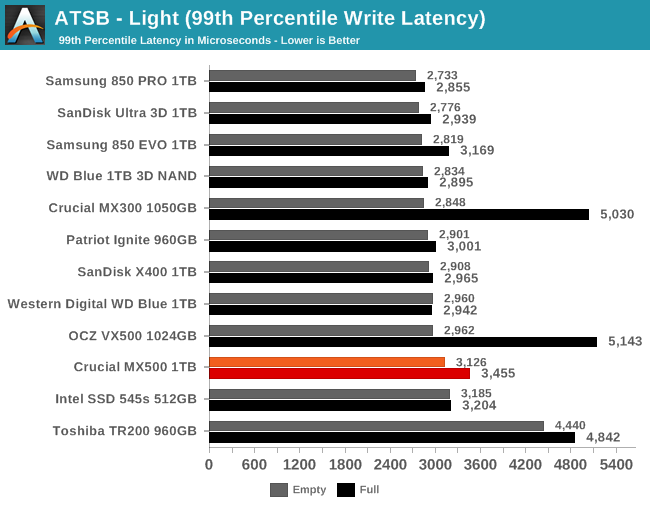 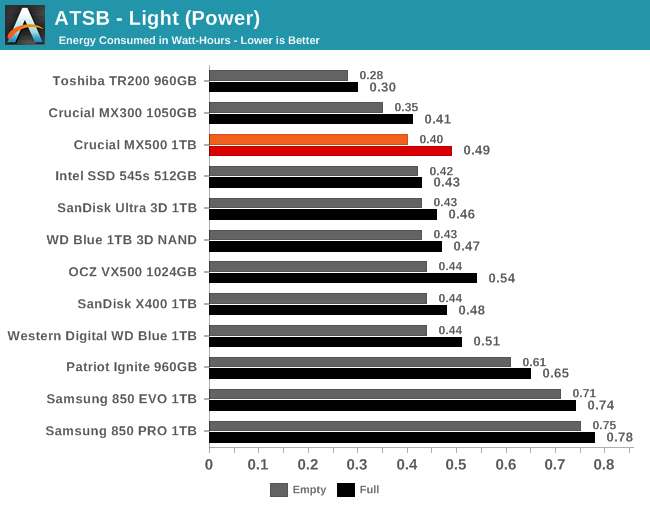 The power consumption of the MX500 ranks a bit better on the Light test than it did on the Heavy test. The Crucial MX300 is still substantially better, and the slow but DRAMless Toshiba TR200 holds on to a comfortable lead. The Samsung 850 PRO and EVO are in last place.