The Optane SSD 900P doesn't break the record for QD1 random reads, but only because we've also tested the 32GB Optane Memory M.2, which is about two microseconds faster on average for each 4kB read. The Optane SSD 900P is still about 7 times faster than any flash-based SSD. 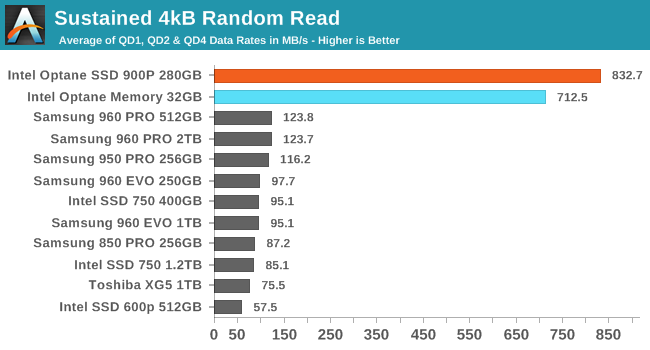 When longer transfers and higher queue depths come into play, the Optane SSD 900P passes the Optane Memory M.2 and remains more than 6 times faster for random reads than any flash-based SSD.

Both Optane devices more or less level off at queue depths of 8 or higher. The Optane SSD 900P saturates at about 1800 MB/s while the Optane Memory tops out around 1300 MB/s. The Samsung 960 PRO 2TB hasn't caught up by QD32, and doesn't surpass the QD1 random read performance of the Optane SSD until the Samsung reaches a queue depth of about 8.

The burst random write performance of the Optane SSD 900P is slightly higher than the Intel SSD 750 1.2TB, and about 14% faster than Samsung's fastest. 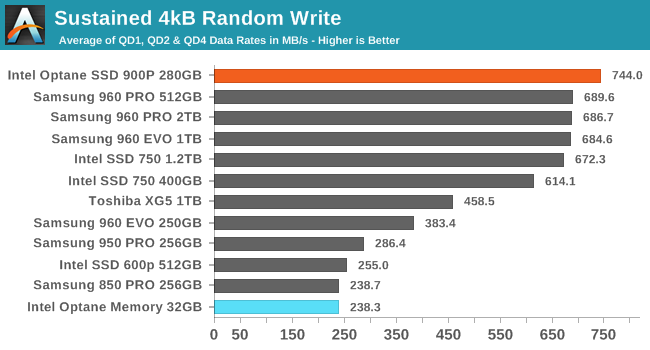