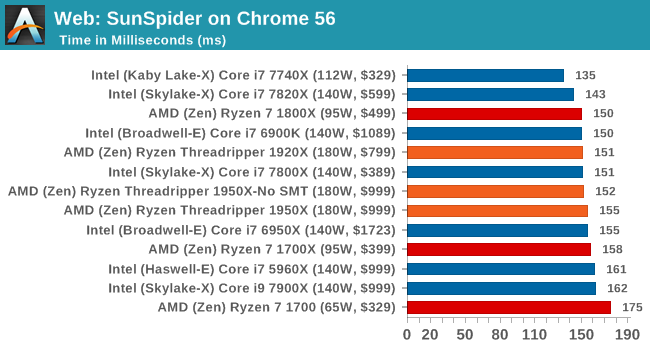 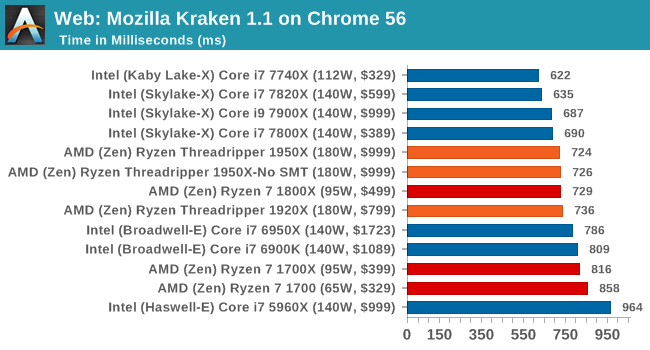 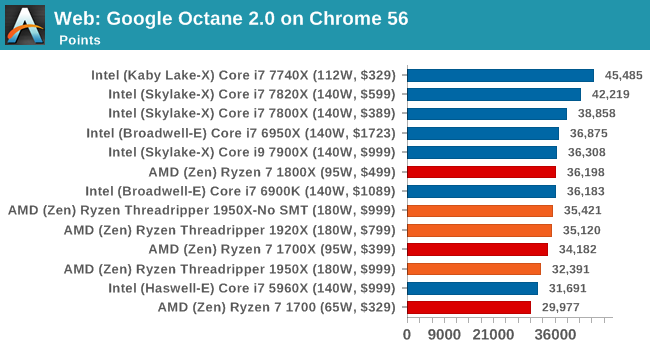 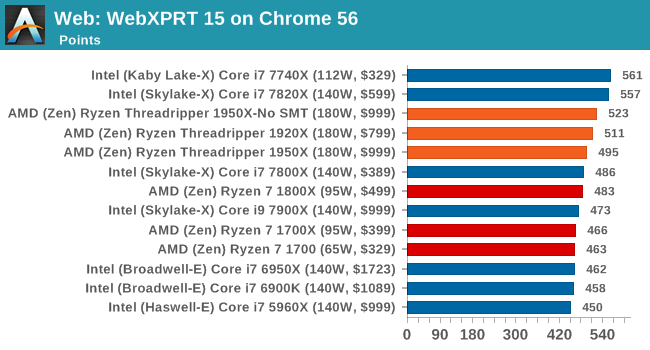 Overall, all of our web benchmarks show a similar trend. Very few web frameworks offer multi-threading – the browsers themselves are barely multi-threaded at times – so Threadripper's vast thread count is underutilized. What wins the day on the web are a handful of fast cores with high single-threaded performance.