A last minute detail from Intel yesterday was information on the Turbo modes. As expected, not all of the processors actually run at their rated/base frequency: most will apply a series of turbo modes depending on how many cores are registered as ‘active’. Each core can have its frequency adjusted independently, allowing VMs to take advantage of different workload types and not be hamstrung by occupants on other VMs in the same socket. This becomes important when AVX, AVX2 and AVX-512 are being used at the same time.

Most of the turbo modes are a sliding scale, with the peak turbo used when only one or two cores are active, sliding down to a minimum frequency that may be the ‘base’ frequency or just above it. There’s a lot of information for the parts here, so we’ll break it down into stages.

First up, a look at the Platinum 8180 in the different modes: 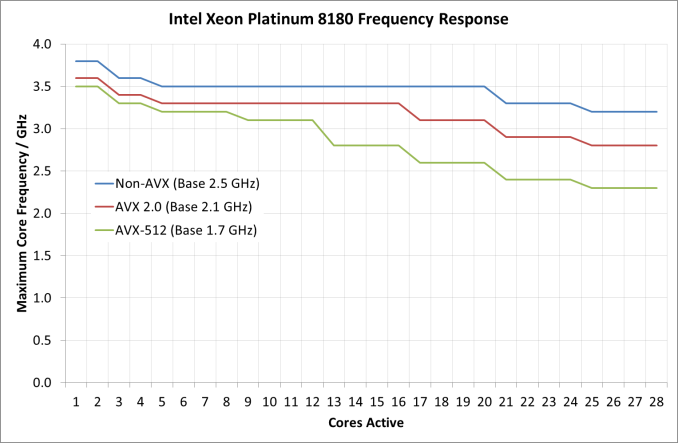 It should be worth noting what the base frequency actually is, and some of the nuance in Intel’s wording here. The base frequency is the guaranteed frequency of the chip – Intel sells the chip with the base frequencies as the guarantee, such that when the chip is not idle and not in normal conditions (i.e. when not in thermal power states to reduce temperature) should operate at this frequency or above it. Intel also lists the per-core turbo frequencies as ‘Maximum Core Frequencies’ indicating that the processors could be running lower than listed, depending on power distribution and requirements in other areas of the chip (such as the uncore, or memory controller). It’s a vague set of terms but ultimately the frequency is determined on the fly and can be affected by many factors, but Intel guarantees a certain amount and provides guides as to what it expects the turbo frequencies to be.

As for the Platinum 8180, it keeps its top turbo modes while up to two cores are active, and then drops down. It does this again for another two cores, and a further two cores. From this point, under non-AVX load the CPU is pretty much the same frequency until >20 cores are loaded, but does not decrease that much in all.  For AVX 2.0 and AVX-512, the downward slope of more cores means less frequency continues, with AVX-512 taking a bigger jump down at 13 cores loaded. The final turbo frequency for AVX-512 running on all cores is 2.3 GHz.

Comparing the two 28-core CPUs for which we have turbo information gives this graph. The numbers relate to the number of cores need to be loaded for that frequency. 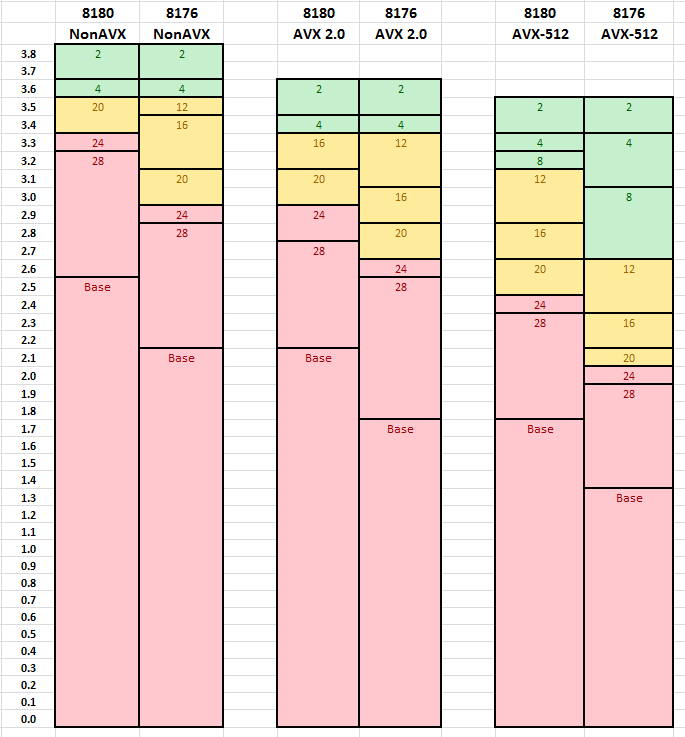 Here’s the big table for all the processors on Non-AVX loading: 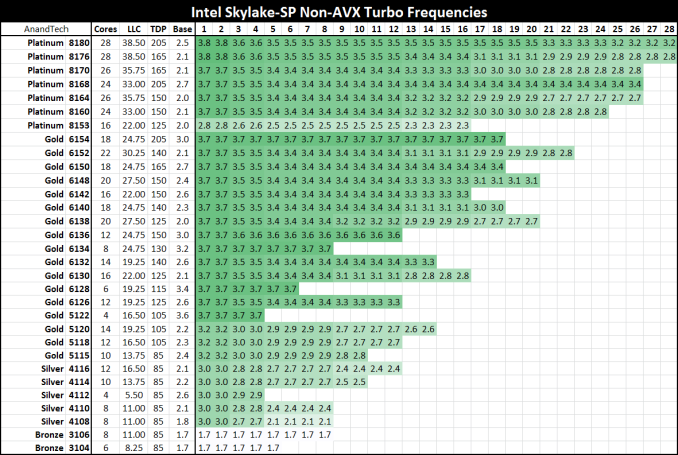 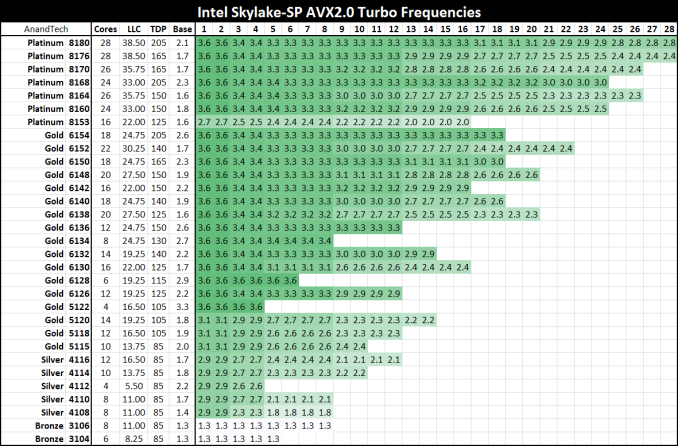 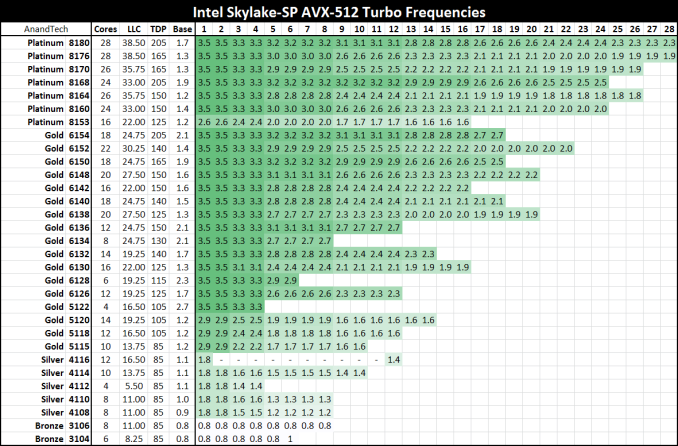