Bringing this review to a close, the launch of the GeForce GTX 1080 Ti Founder’s Edition gives NVIDIA a chance to set their pace and tone for the rest of 2017. After a fantastic 2016 powered by Pascal, NVIDIA is looking to repeat that success this year. And that success starts with a very strong launch of what is NVIDIA’s new flagship GeForce card.

Because the GeForce GTX 1080 Ti Founder’s Edition isn’t NVIDIA’s first GP102-based product – even if it is their first GeForce product – I don’t think anything we’ve seen today is going to catch anyone by surprise. In fact as the third time now that they’ve released a 250 Watt Ti refresher at the high-end, I don’t think any of this should be surprising. At this point NVIDIA has their GeForce launches down to an art, and that ability to execute so well on these kinds of launches is part of the reason that 2016 was such a banner year for the company.

Speaking of which, it’s now been three-and-a-half years since the GTX 780 Ti launch, and GTX 1080 Ti’s performance shows it. At both 4K and 1440p, NVIDIA’s card offers just over 2.5 times the performance of their Kepler-based powerhouse. Internally, NVIDIA tends to plan for a two to four year upgrade cadence on their video cards, and 2017 is going to be the year they push remaining GTX 700 series owners to upgrade through a combination of product launches like the GTX 1080 Ti and better pricing. If you didn’t already upgrade to a Pascal card last year, then your benefit for waiting a year is 32% better performance for the same price. 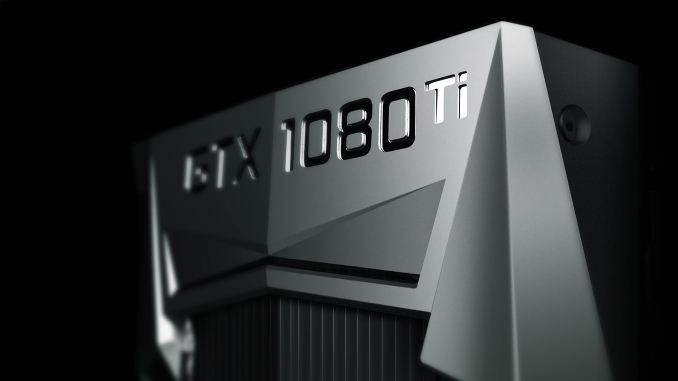 Relative performance aside, in terms of absolute performance I feel like NVIDIA is finally reaching the point where they can offer no-compromises 4K gaming. While both NVIDIA and AMD pushed 4K hard on their 28nm generation of products, even parts like the GeForce GTX 980 Ti and Radeon Fury X weren’t quite fast enough for the task. 4K gaming in 2015 meant making compromises between image quality and framerates. GTX 1080 Ti on the other hand is the first card to crack 60fps at 4K in a few of our games, and it comes very close to doing so in a few others. While performance requirements for video games are always a moving target (and always moving up, at that), I think with the FinFET generation we’re finally at the point where 4K gaming is practical. And that’s in an “all the frames, all the quality” sense, not by using checkerboarding and other image scaling techniques being used by the game consoles to stretch into 4K.

Overall then, the GeForce GTX 1080 Ti is another well-executed launch by NVIDIA. The $699 card isn’t for the faint of wallet, but if you can afford to spend that much money on the hobby, then the GTX 1080 Ti is unrivaled in performance.

Finally, looking at the big picture, this launch further solidifies NVIDIA’s dominance of the high-end video card market. The GTX 1080 has gone unchallenged in the last 10 months, and with the GTX 1080 Ti NVIDIA is extending that performance lead even farther. As I mentioned towards the start of this article, the launch of the GTX 1080 Ti is both a chance for NVIDIA to take a victory lap for 2016 and to set the stage for the rest of the year. For now it puts them that much farther ahead of AMD and gives them a chance to start 2017 on a high note. But GTX 1080 Ti won’t go unanswered forever, and later on this year we’re going to get a chance to see where AMD’s Vega fits into the big picture. I for one am hoping for an exciting year.