You've made it all this way and haven't gotten a good look at the first incarnation of NVIDIA's NV35 - the GeForceFX 5900 Ultra:

The first thing you'll notice is that the heatsink/fan has changed dramatically from the NV30. The extremely loud and annoying fan noise is thankfully gone, and the fan is actually virtually silent in 2D mode; the fan is considerably louder than a Radeon 9800 Pro's fan in 3D mode however. For those of you that are curious, the reason for the annoying sound created by the NV30's fan was because the fan actually was improperly designed and physically rubbed up against its shroud, causing the annoying sound we brought you in a movie clip in our NV30 review. 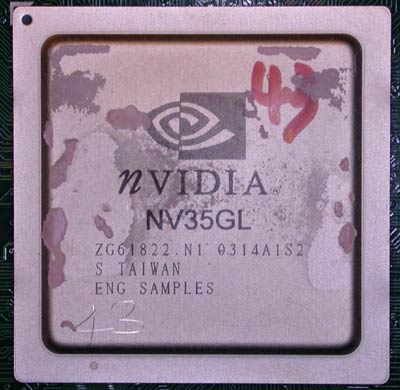 The only problem we encountered with our GeForceFX 5900 Ultra board was that the analog video output was incredibly blurry. For a $499 card we would expect better, and we can only hope that shipping cards won't have the horrible output we noted on our reference board. We do have high hopes that the problem will be fixed as the board that we had will change considerably before hitting mass production, for starters, the card is supposed to be as long as a GeForce4 Ti 4600 in its final revision: 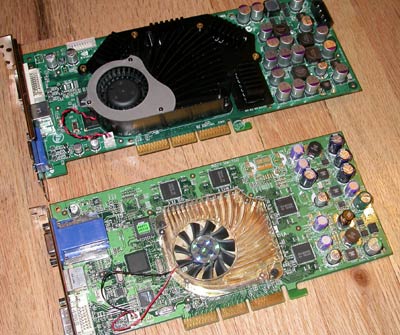 As we mentioned before, NVIDIA will be launching two 128MB boards based on the NV35 core priced at $399 and $299 and varying based on clock speeds.