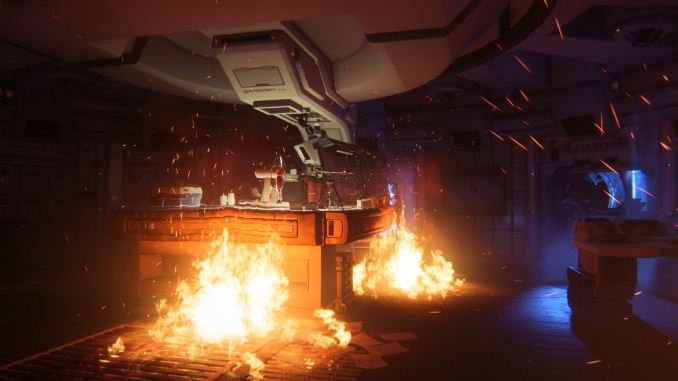 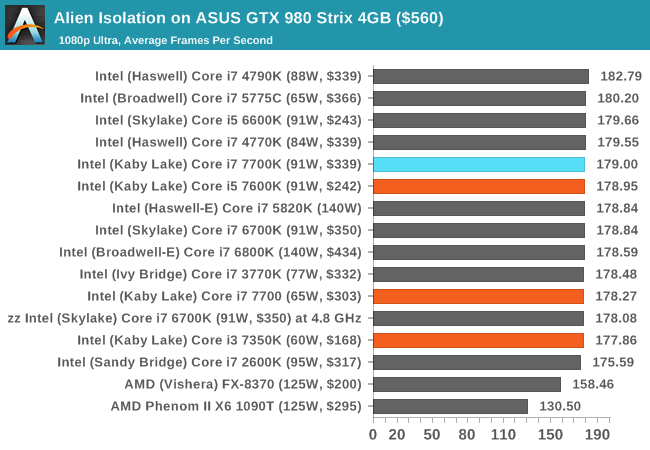 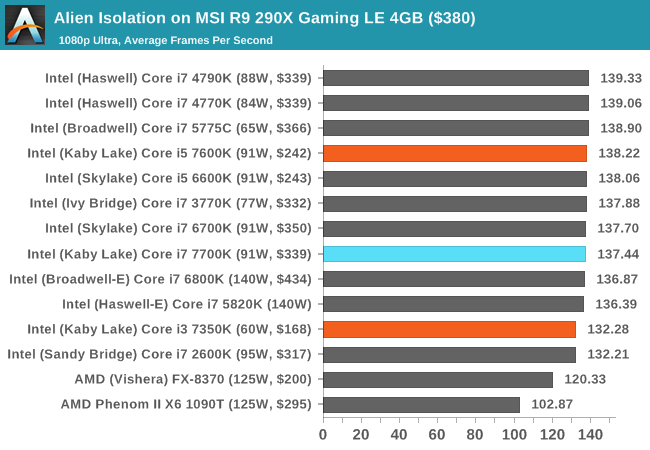 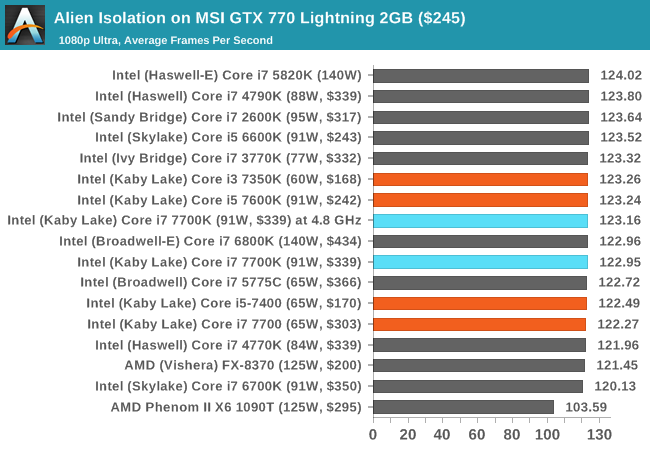 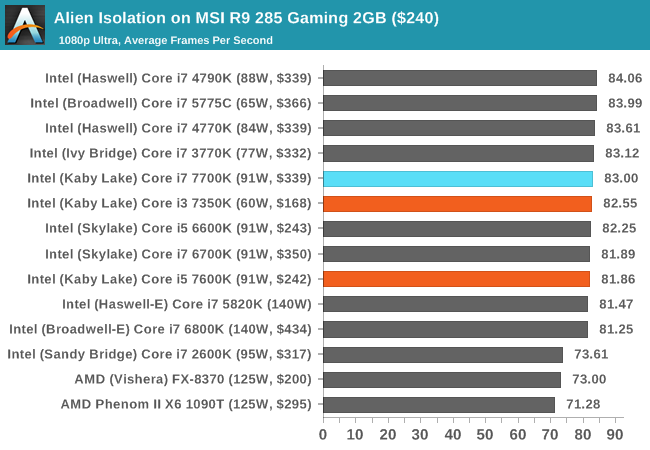 In al of our testing, aside from a couple of scores falling at the bottom depending on the CPU/GPU combo, all the CPUs perform similarly.