We discuss the chipsets in greater detail in our main chipset piece, but here’s a brief overview of what is coming to market. As with many other previous generation CPU launches from Intel, a new series of platform controller hubs (PCH), commonly known as chipsets, are being released. These are paired with LGA1151 socket motherboards, and thus also support Skylake as well as Kaby Lake CPUs. (This also means that 100-series chipsets, such as Z170, will support Kaby Lake with an appropriate BIOS update.)

There is also a trio of new mobile chipsets which follow a similar pattern, including a Xeon-enabled chipset in the CM238 to allow for the new E3-1500 v6 processors.

Intel’s power consumption on chipsets isn’t officially listed for these parts yet, neither is their cost. In recent generations, there have been rumors (not officially confirmed) that pricing of chipsets has played a big part in some design decisions for OEM products, and perhaps why we are seeing more 200-series products at launch than we did for 100-series is down to this.

We reached out to all of the big motherboard vendors for details in advance of their new product lines, all of which are summed up in a special motherboard piece coming up this week with over 80 individual SKUs being announced. Note that some products are region focused, so flipping through our analysis will depend if a product is in your region. Nonetheless, one of the key features in this year’s motherboard lineups is that some of the vendors are streamlining their product stacks. 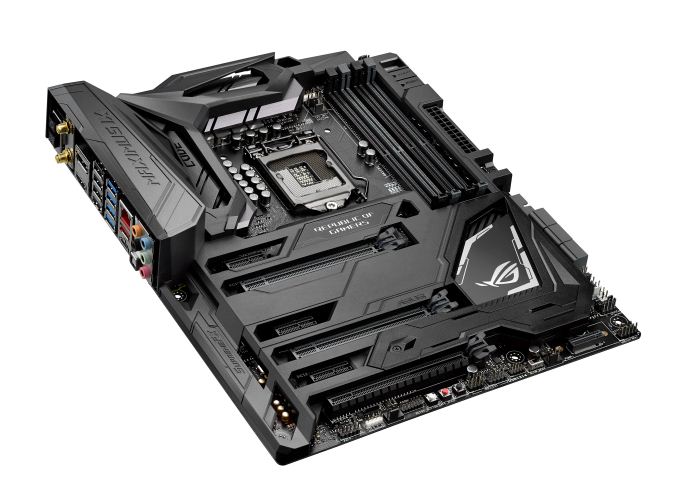 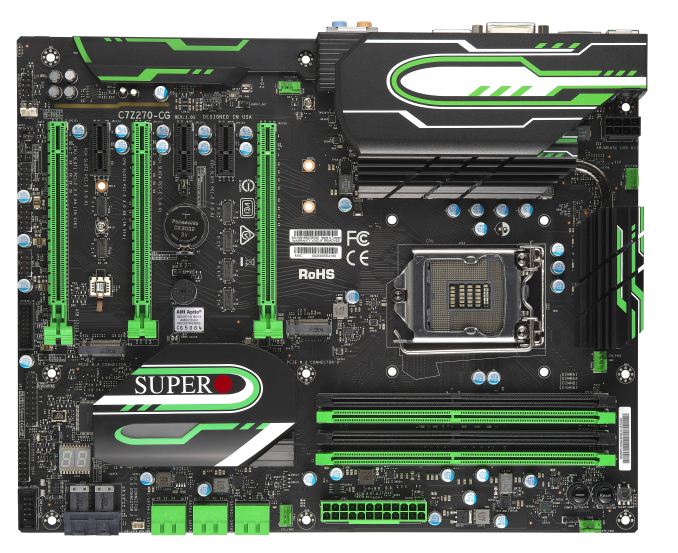 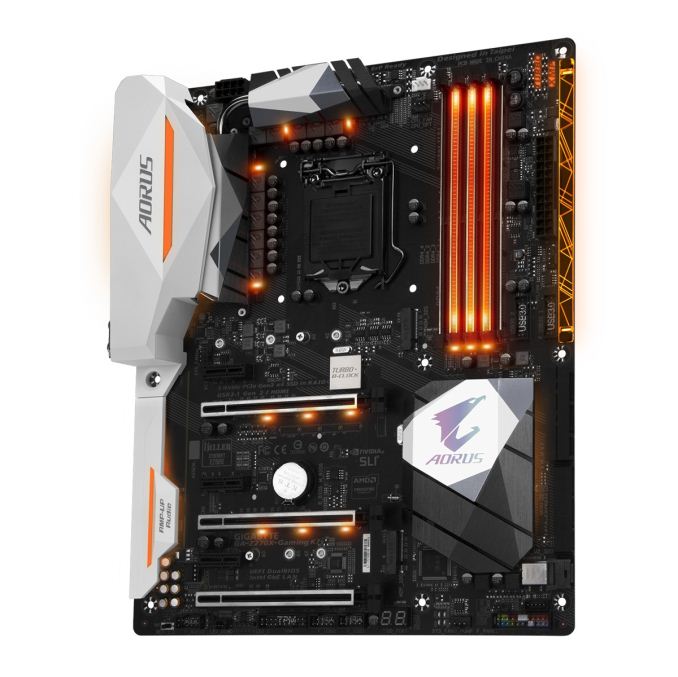 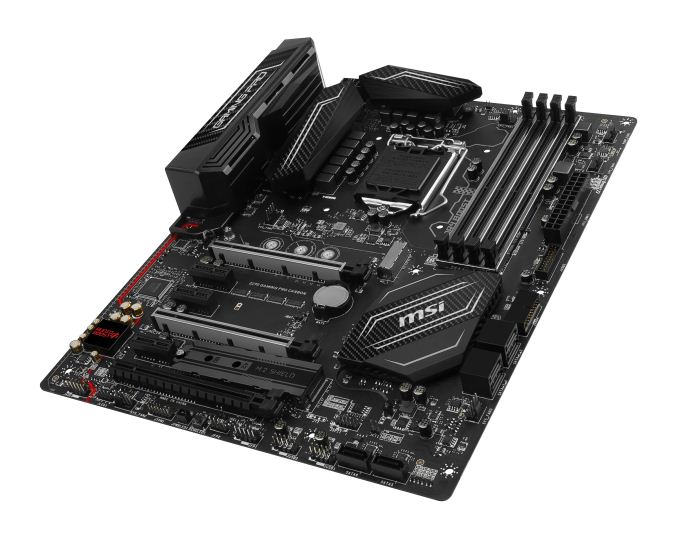 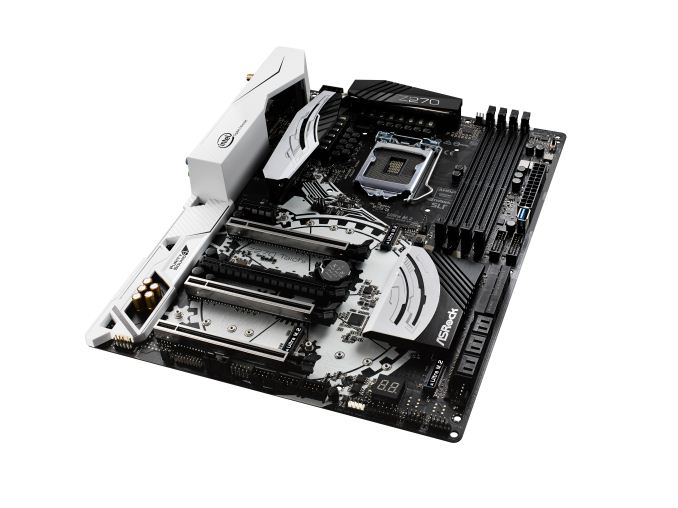 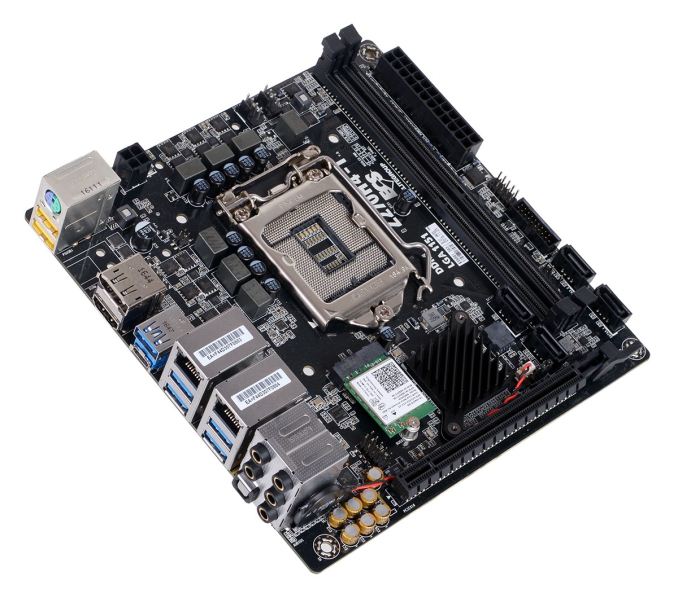 There will be a series of new controllers seen on these boards, including the ASMedia ASM2142, a USB 3.1 10 Gbps controller that uses two PCIe 3.0 lanes rather than one to supply up to two ports. Previously the ASM1142 was only one PCIe 3.0 lane for two ports, meaning the bandwidth was shared – the ASM2142 will ensure that both ports will receive peak performance when both in use.

Another new controller to note will be for audio: the Realtek ALC1220 (and ALC1220A from ASUS). This is an upgrade over the ALC1150 and ALC898 codecs we’ve seen on most motherboards over the past couple of years, with the added benefit of having a rated 120 dBA output and 113 dBA input. Despite these results, as we’ve seen in our audio testing before, the whole audio subsystem has to be up to par in order to produce the best measurable quality. ASUS is using the ALC1220A, which I’m told is a particular variant that ASUS has requested with additional features, but we’re not told if it costs anymore.

On the networking side we will still see Intel’s I219-V gigabit Ethernet controller on a lot of product, but not so much Rivet Network’s Killer E2400 solution. Last year Rivet launched their E2500 controller which we saw on a small number of late-release motherboards, but we expect that Rivet’s partners (MSI, GIGABYTE, ASRock) will be using the E2500 over the E2400 moving forward. The E2500 has additional benefits afforded by a new software package being developed (we’ve been in constant contact with Rivet on this), as well as announcements coming through Computex beyond the PC NIC.

The big change in the networking side will be the introduction of multi-gigabit Ethernet controllers, in particular Aquantia’s 5G/2.5G AQC107 controller that we reported on only a few weeks ago. From the breakdown of motherboard information we have so far, we can expect to see it on at least two ASRock boards and we’ve heard murmurings about other vendors also using it later in Q1/Q2. The AQC107 supports 5G, 2.5G and 1G connections through standard RJ-45 Cat 5 cabling at a lower footprint, power consumption, and cost to the 10GBase-T chips we’ve seen pop-up on a few products. Speaking with Aquantia, they want to expand a lot into the consumer space with their partners for switches, docks, commercial, professional and so on, meaning that with enough effort on the switch side, we might see a 2.5G/5G drop-in infrastructure take place without the need for re-cabling. It might take a few years though.

A new feature coming through on a few motherboards is a front panel USB 3.1 10 Gbps header. To my immediate knowledge it is already on MSI’s Z270 Gaming M7 and a couple of others, and in conjunction with various cable manufacturers there is hope that this connector will be a standard. At present it is being enabled through the ASM2142, using two PCIe lanes to provide one port of USB 3.1. We tried getting more detailed info from MSI as to why two PCIe lanes were needed for this but didn’t get a coherent answer, leading us to believe that perhaps the older ASM1142 chip will not support a front panel port like this. More investigation is required.

Technically all the motherboards, when equipped with Kaby Lake, should be able to support Optane Memory (remember, that’s the 16GB M.2 cache drive) when the drives come out. Intel will be providing a certification service for this, and depending on how much it costs, we might not see it in play on the low-end products.

RGB is still going to play a big factor for 200-series motherboards as well: vendors are moving the RGB features down to lower price points on the cheaper chipsets. This will either come as onboard LEDs or as bundling an LED strip with the board for a dedicated header onboard (with software in tow). If you didn’t like LEDs before, you won’t like them now either, but there are one or two products at each price point still without LEDs (or you can turn them off).

Head over to our chipset analysis and motherboard preview pieces to learn more.