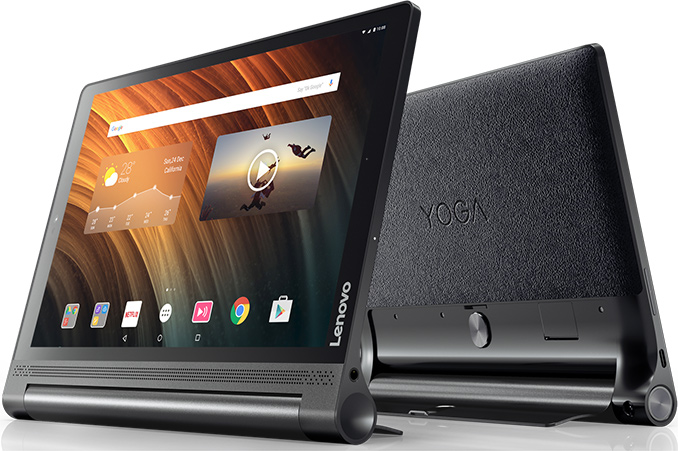 Lenovo has introduced a new member to its Yoga Tab 3 product family this week at IFA. The new Yoga Tab 3 Plus tablet runs Google Android 6.0 and is aimed at demanding consumers. The novelty comes with a number of features previously only available on the Yoga Tab 3 Pro, including a higher-end octa-core SoC, a 2K 10” display, a lot of RAM, plenty of storage as well as Wi-Fi 802.11 ac connectivity. Surprisingly, the Yoga Tab 3 Plus will not be too expensive and will be available starting from $299.

When Lenovo introduced its Yoga Tab 3 family of products last year, the company drew a clear line between its mainstream Yoga Tab and considerably more advanced Yoga Tab 3 Pro tablets. The former were based on entry-level SoCs and were equipped with relatively low-res screens and limited amount of DRAM/NAND, whereas the latter were powered by Intel’s Atom SoC, were equipped with 2560×1600 displays and featured considerably better specs in general, but at a much higher price ($499/$599 for Wi-Fi/Wi-Fi+LTE model). Today, the Yoga Tab 3 closes the gap between the two product lines and attempts to wed the best of both: affordable price and high-end specs.

The Yoga Tab 3 Plus is based on the Qualcomm Snapdragon 652 SoC (4×A72 1.8 GHz, 4×A53 1.4 GHz, Qualcomm Adreno 510 graphics) and comes equipped with 3 GB of LPDDR3 DRAM as well as 32 GB of NAND flash storage (it also has a microSD card slot). The tablet uses USB Type-C (operates in USB 2.0 mode) connector for charging and connectivity and also supports WiFi 802.11 a/b/g/n/ac, Bluetooth 4.0 and LTE (optional) wireless technologies.

Lenovo positions its Yoga Tab 3 Plus tablet for those, who want to have enhanced multimedia experience on-the-go, which is why its 10-point multitouch 10.1” WQXGA (2560×1600) IPS display comes with Technicolor’s color enhance software technology. In addition, the device is equipped with four front-facing speakers (made by JBL) and supports Dolby's Atmos 3D surround sound processing. Now, unlike the Yoga Tab 3 Pro, the Tab 3 Plus does not feature a pico projector, but just like the aforementioned model, it has two cameras. 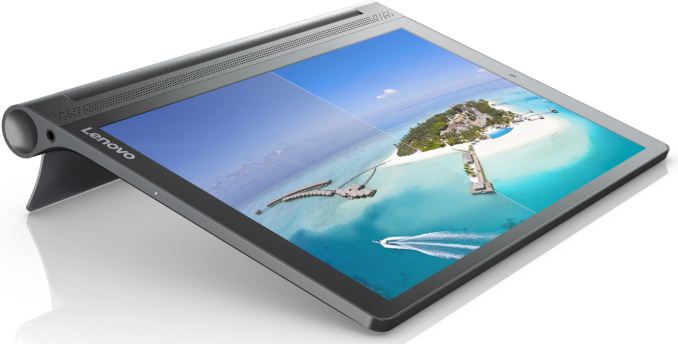 Lenovo will start shipments of its Yoga Tab 3 Plus this October. The MSRP for the Wi-Fi-only model will be $299, but the recommended price of the LTE SKU is currently unknown.